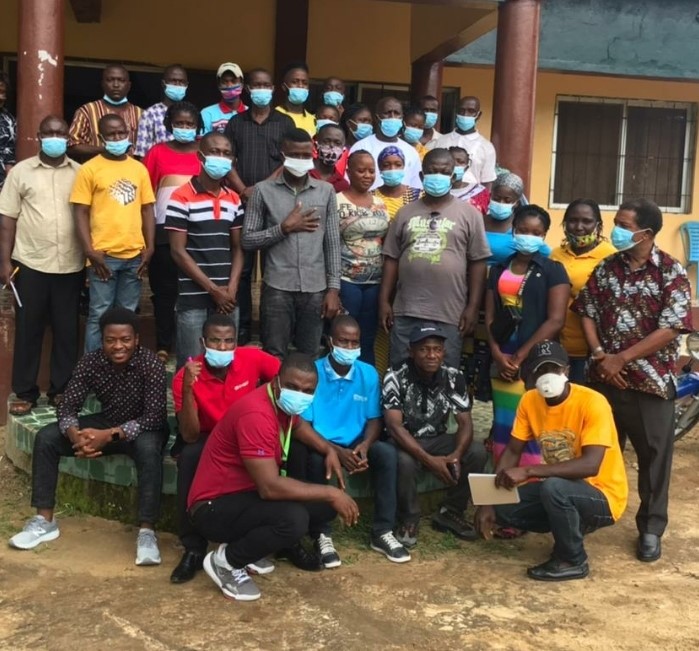 The Multi-Actors Platform (MAP) for land governance in Liberia has embarked on a three-day regional training for stakeholders in Western Liberia including Cape Mount, Bomi and Gbarpolu Counties on land governance.

The convening brings together major actors and stakeholders in the land sector from the three counties to discuss key challenges facing the sector, and together develop strategies for sustainable solutions, while the training is intended to strengthen the capacity of MAP actors in the 3 counties on key components of the MAP.

According to the Communications and Reporting Officer of MAP, Haje L. Paasewe, the MAP stakeholders training which is currently taking place in Tubmanburg, Bomi County, is part of efforts toward having a decentralized platform on land governance and responsible agricultural investment in Liberia.

Paasewe said the training workshop will further create the forum for actors to begin building stronger collaboration and establish their initial support to the initiative.

MAP Communications and Reporting Officer said under its decentralization plan, the MAP Liberia land platform seeks to be extended firstly in 2 regions: western, and south-east, Liberia, “at the western region, the first regional MAP will be established in Bomi, Gbarpolu and Cape Mount, while the South-Eastern regional MAP will target Grand Kru, Maryland, Sinoe and Grand Gedeh Counties.”

He pointed out that the Multi-Stakeholder Partnerships (MSPs) are generally known to be effective and innovative approaches for tackling the challenges addressed in the 2030 Agenda, adding that that MSPs are arrangements that bring together stakeholders with a shared interest in the results of their collaboration and demonstrate some degree of ownership to address the issue.

Haje told participants at the training that the MSPs include at least one partner from each of the business, government and non-profit sectors, and it is typically formed when the issue is considered too complex to be addressed by a single organization or sector.

With the MAP approach the challenges and different interests around land governance can be tackled by including participants of all interest groups. Approaching land governance with MAP is very important, because the race for land and the competition for natural resources is high, particularly in sub-Saharan Africa, “the government, for instance; may want to build roads or undertake another national project. Private sectors institutions, companies; concessionaires want to do their investment primarily for profitable businesses, while smallholder farmers and families want to use it for their livelihood and food security.”

At the same time the National Coordinator of MAP, John Kelvin maintained that in order to holistically address land governance and the challenges that go along, taking into account different interests and influences, a multi-stakeholders process such as the MAP is necessarily relevant.

The MAP envisages a Liberia where land governance and responsible agricultural Investments are improved to guarantee all citizens’ land rights for sustainable food security, development and peace.