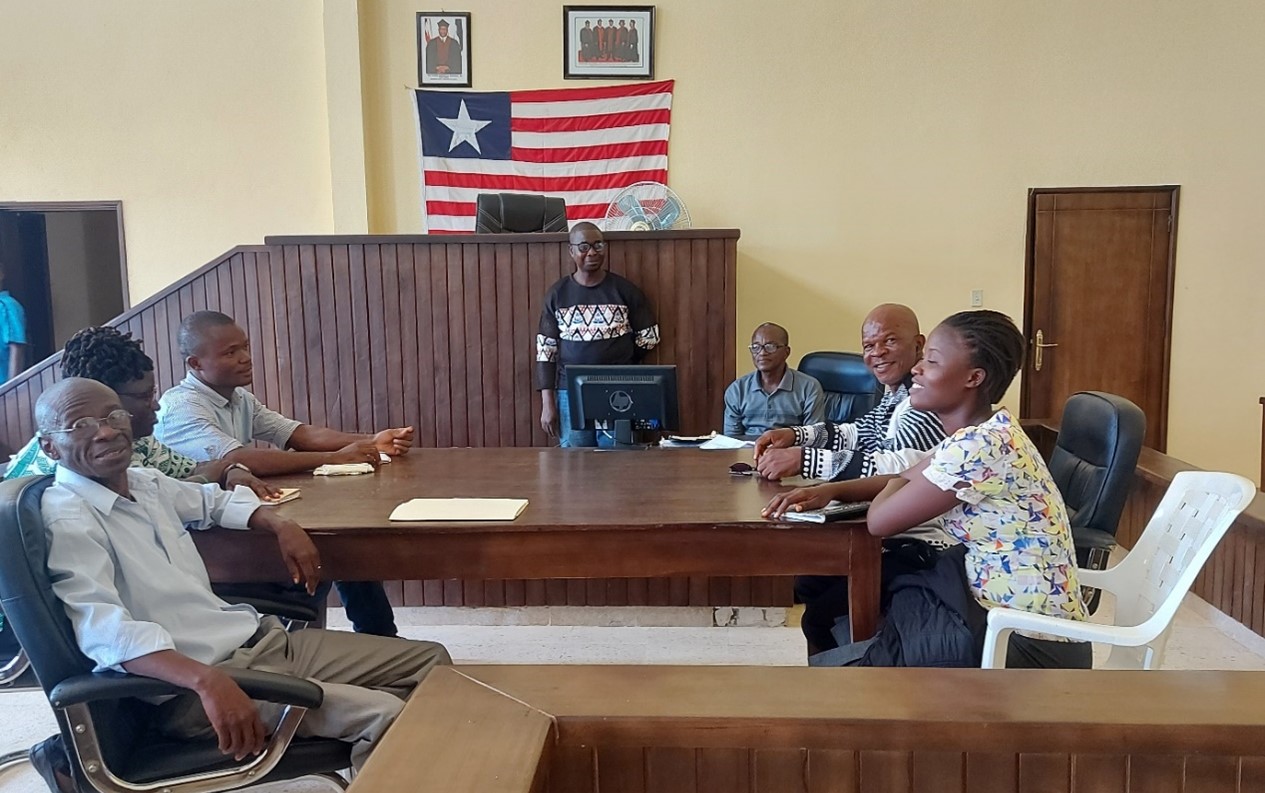 On Monday, April 19, 2021, the commercial city of Ganta, in Nimba County, witnessed a serious violent situation involving some residents of Ganta (mainly of the Madingo tribe) and members of the Liberia National Police. The police carried out demolition of properties, instead of following an ejectment order issued by the 8th Judicial Circuit Court in Saniquillie, Nnimba County. The demolition action was met with serious resistance and there were reports of police brutality against civilians, the use of teargas and gun fires (life bullets) and the arrest and jailing of 4 persons (Dutee Donzo, Daoda Jabateh, Mariama Fofana and Famatta Donzo).

What is the background? The land governance system has been weak over time despite the new Land Rights Law. The implementation of the current land rights law is poor, and not many communities have the capacity or knowledge to lead the land reform process. Additionally, establishing and decentralizing the relevant land governance structures across Liberia in combination with the lack of regulations and definite guidelines to fully implement the law are key challenges to overcome. The lack of a system for land titles causes further problems communities face. For instance, communities’ rights to free, prior, and informed consent (FPIC) are often violated on concession matters. The issue of criminal conveyance of land on the increase and encroachment issues often result into people and communities coming in conflict with each other.

Why are there tensions in Ganta? There has been a long-standing controversy over a parcel of land involving Mr. Fred Suah and the Kromah, Donzo and Jabarteh families. The families claimed that Mr. Suah had forged their land documents and put everything in his own name during his days at the Norwegian Refugee Council (NRC). The NRC was one of the main agencies working on land issues in Liberia following the war. Mr. Suah, on the other hand; says the land in question is an inherited property belonging to him and his brother. His parents had only given a portion of the land to some members of the families who now want to claim legitimacy over the place. It can be said that the “delay in the legal system” could be a major contributing factor to the recent violent. The case has been in court since 2013, and delay in legal processes to bring the matter to a logical conclusion has created some doubts and speculations.

Since the passage and signing into law of Liberia’s Land Rights Act in 2018, this is one – if not the first major land incident in such a big city – resulting in the destruction of properties and businesses as well as disrupting normal learning, working and commercial activities. Ganta is one of the largest cities in Liberia with a population of approximately 41,106 inhabitants (according to the 2018 National Housing and Population Census). It is situated at the border with neighboring Guinea and a major trade route and commercial city. According to projections by some of the people affected by the demolition and violent actions, over “LRD 10.289.650 (USD 60.000) worth of properties was destroyed and approximately LRD 10.475.000 (USD 61.100) worth of goods got entirely damaged”. Meanwhile, there have been a sense of “nursing tensions” in Ganta and other communities, as the conflicting parties and associates strive to give the matter a tribal/ethnic flavor and a religious face to stimulate public sentiments. Given our own experiences in Liberia, religion and ethnicity are key issues that people often use as impetus for conflict.

“This particular land conflict in Ganta, is a case study for all other counties and communities in Liberia”.
Mayada Kromah
Resident of Ganta

Could Liberia be sitting on a timebomb with regards to land conflict? According to findings gathered by the MAP Liberia Land Platform (LfL in Liberia) Country Assessment Report (2018), one of the main triggers of the Liberian civil conflict, and a critical constraint to Liberia’s sustained and inclusive economic growth, is its land tenure systems. Liberia faces unique land tenure challenges, mainly related to its specific historical and political context. Mayand Kromah, a resident of Ganta City, has also cautioned that the land conflict in Ganta, is a case study for all other counties and communities in Liberia”. (Mayada Kromah of Ganta City, May 08, 2021).

What is the contribution of MAP Liberia Land Platform? The MAP is an establishment that works towards contributing to improve the land governance system in Liberia. As such, any action or practice that contravenes this idea is of great concern to the platform. Following the violent situation, the MAP Platform together with the Civil Society Working Group on Land Reform commissioned a team of five people including Haje L. Paasewe of the MAP Secretariat to conduct a factfinding study into the matter so as to fully understand the nature of the case. The team was able to identify some key stakeholders and gathered a lot of information and testimonies and a number of recommendations from the parties. NIMBA KWADO, a group of Nimba citizens together with other county stakeholders made some intervention into the matter and an MOU was signed by the parties. The parties have agreed that the City Mayor and District commissioner will take control of the disputed land until a final decision is made. The MAP, through the CSOWG is in contact with officials of Nimba county and the conflicting parties to discuss way forward.

Nonetheless, there is lack of respect for the rule of law and the court system. To what extent the parties continue to commit themselves to upholding the terms and conditions in the MOU remains a major concern.