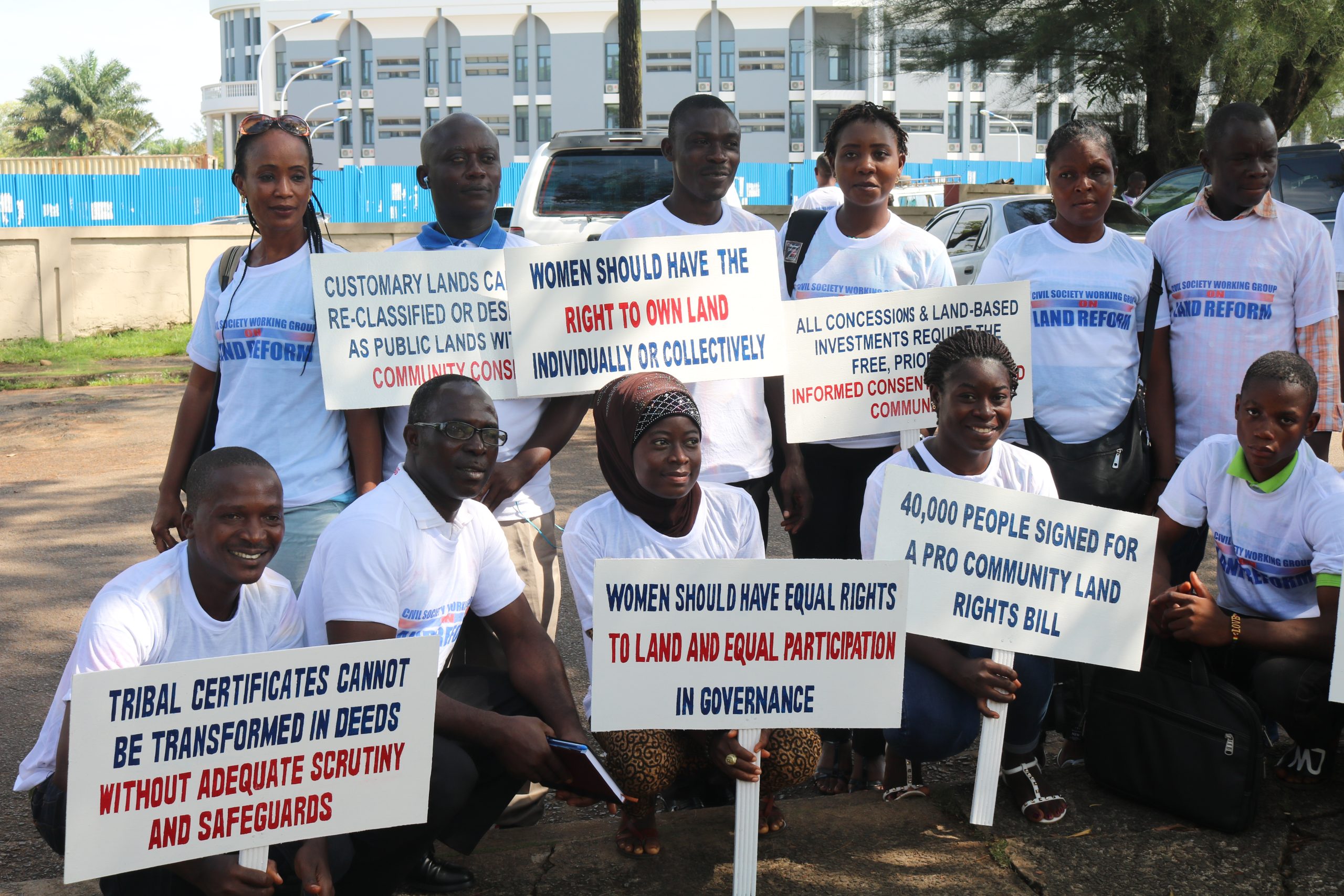 “Before the VGGT, land was acquired based on the level of power. Land was a symbol of authority. Land governance was barbaric, guided by bloodshed and violence. But the VGGT came with an idea that land can be governed responsibly.” – Berns Komba Lebbie, National Coordinator Land for Life Sierra Leone

10 years ago, on May 11, 2012, the UN Committee of Food Security (CFS) endorsed the “Voluntary Guidelines on the Responsible Governance of Tenure of Land, Fisheries and Forests in the Context of National Food Security” – short VGGT. While this may sound like a somewhat bulky set of rules that only concerns governments and lawmakers, the VGGT, as an international set of soft laws, emerged to be an important tool for systemic change and advocacy work in the strive for improved land governance and food security worldwide. This is also true for our work at Welthungerhilfe and the Land for Life initiative.
On their 10th birthday, it’s time to take stock and raise awareness by celebrating the successes achieved and taking an honest look at their practical implementation.

Access to land and its resources is a key factor for food security. It is fundamental for most aspects of a self-determined life: food, shelter, social, cultural, and religious practices, as well as economic growth. This is also why many conflicts over access, use, and ownership of land occur worldwide. The global demand for productive land is high and the acquisition of large areas by international investors is a common phenomenon in many regions. Over ten years ago, the global recession led to a peak in unregulated large-scale acquisitions of land, coining the term land-grabbing. Non-responsible land deals deprive local communities of their rights to land and have devastating effects including hunger, poverty, conflict, and ecological degradation. Women, youth, and other vulnerable groups are especially prone to lacking access to rights and resources. Today, rising food prices due to the pandemic and the war in Ukraine, paired with pressure on resources through climate change and population growth, spark new concern for a further intensification of global land demand.

“Land rights are the first building block on the road to achieving food security, and without international consensus on how land should be governed, the interests of vulnerable land users will continue to be swept aside” warned the then UN special rapporteur for food security Olivier De Schutter back in 2011. It was the birth of the VGGT, the international guidelines on the responsible governance of tenure. They recognized also cultural and societal systems of tenure, thus giving communities worldwide a tool to claim their legitimate land rights. It includes their right to decide over the use of their land in a free and informed way. The guidelines were endorsed by the CFS in May 2012 and committed to by all 133 CFS member states. 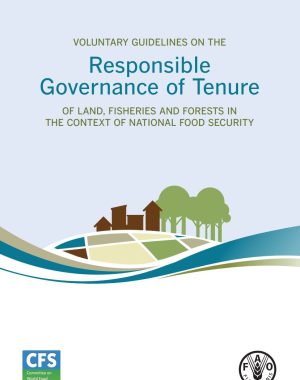 “Whatever we do, we are guided by the VGGTs. ” This is how Berns Komba Lebbie, the national coordinator of Land for Life Sierra Leone assesses the importance of the guidelines for their advocacy work. “It’s our backbone and bible for good land governance. The government laws are the notes extracted from the bible. As an advocacy group, it’s how we hold governments responsible. In press releases, in public comments, in radio discussions, and in meetings – we easily refer the government to its commitment to the VGGT. It’s the strength that we rely on”.

Sierra Leone is often stated as a success story when it comes to the implementation of the VGGT. Large-scale acquisitions of land are a prevalent problem in the country. After eleven years of civil war, the country relied on international investments for economic growth, leading to ecological damage and conflicts. Two-thirds of the population work in small-scale agriculture, while large areas are lost to international production of agricultural products such as palm oil, cocoa, or coffee. The paramount chiefs that traditionally governed the land, were known for making contracts with companies and the central government without informing the legitimate landowners. In 2014, the FAO introduced the VGGT through a German-funded project, eventually leading to a VGGT-oriented renewal of the national land policy in 2015. While systematic change is not achieved with a single law and many problems in the implementation still exist, it is a significant success that improved the situation of many landowners and builds the framework for positive change and advocacy work.

This translation of the international soft law into national policies is an important step for improvement in countries such as Sierra Leone. Having national laws that incorporate the VGGT doesn’t mean that all rights holders automatically have the resources and capacity to claim their rights, or that all authorities who are supposed to enforce the law will do so, but it is the most important baseline needed to acquire systemic change. Currently, two further policies to improve the land legislation of Sierra Leone are in parliament. As paramount chiefs and individual companies are opposing the new laws, the power struggle over land is still tangible, while their concern displays the actual power of VGGT-oriented land legislation.

Looking at the past ten years, also shortcomings need to be addressed. “Like all soft laws, the VGGT are a foreign recommendation, they are not rooted. Ownership is a challenge. In Sierra Leone they were misconstrued for a project, not as a government tool. It didn’t provide enough leverage for the governments to take full ownership over them”, remarks Berns Komba Lebbie. “And when you get to international meetings, there are countries who say they have never heard of the VGGT. It calls for more global domestication of the tool into all UN member country legal systems.”

The practical experience on the ground reveals that the implementation, awareness, and commitment related to the VGGT are not a sure-fire success. More work is needed to ensure recognition, ownership, and sustainable enactment around the world. This is why Welthungerhilfe facilitates the “VGGT+10” initiative in collaboration with GIZ, ILC and FAO. In twelve participating countries across Africa and Asia, the anniversary will be used to take stock, raise awareness and foster further implementation through assessments and national dialogues. The initiative will soon be launched at ILC’s Global Land Forum in Jordan. The four Land for Life countries Sierra Leone, Liberia, Burkina Faso, and Ethiopia will participate in the initiative, thus taking an important step towards further implementation of the VGGT, continuing improvements of land governance and food security in the countries.